Re-learning the A-Z of Music

There are some jobs around the place that you keep putting off and putting off. There is one I have been putting off for years….
And what is it?
Sorting the family’s CD collection back into some semblance of order.
Once upon a time, a very long time and a few hundred CDs ago, they were all stored neatly in alphabetical order. Finding the CD you wanted to play was easy and took seconds.
Then we moved house…. and then moved again…. so for the past nineteen years the CDs have been stuffed randomly on a shelf.
As time passed and the kids grew and music tastes evolved, the collection has grown and grown…. and has never been put back into order.
Hours have been wasted scouring the shelf in search in search of a particular album only for the search to be abandoned in favour of an album that you found while searching that you haven’t heard for years!

Finding myself with a free morning last week, I decided to bite the bullet and tackle the chore.

After the first half an hour, I was questioning the wisdom of the decision.

After the first two hours, I was questioning my sanity! 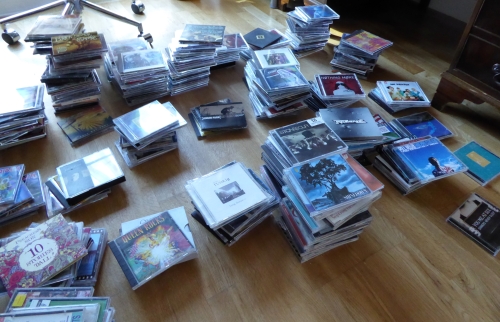 Methodically, I lifted bundles of CDs down from the shelf and split them into the letters of the alphabet by artist name.

B proved to be the most popular letter of the alphabet, closely followed by S. But what to do with the growing pile of compilation CDs?

With all the CDs now off the shelf and stacked all over the study floor, it was time to sort each letter’s bundle into alphabetical order and to return them to the shelf.

I reached N and decided it was time for lunch. This was taking a lot longer than planned!

Finally, I was left with the large pile of compilations. How best to arrange these? ….. hmm….

I split out all the musicals/film soundtracks and put these in alphabetical order. I put the NOW CDs ranging from 44 to 81 into numerical order. The rest I split by genre and placed them back on the shelves.
(The High School Musical and Disney CDs were stashed in the awkward corner where they will no doubt lie untouched forever…. Hannah Montana is there too!)

It might have taken me over three hours and, at first glance, look exactly the same as when I started but it’s a job well done. 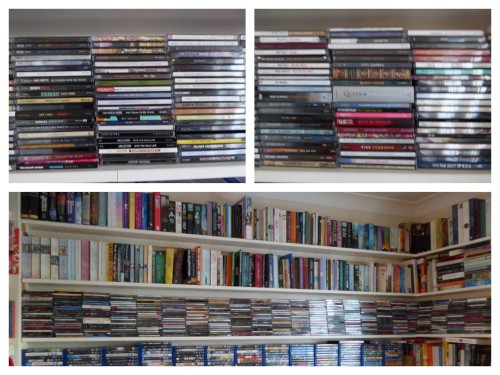 It’s an eclectic mix of music and just highlights that we all have differing tastes in music. No one’s taste is better than anyone else’s – it’s just different. (Well, the rest of us might argue we have better taste in music than The Big Green Gummi Bear) There truly is something to cater for every taste on that shelf! 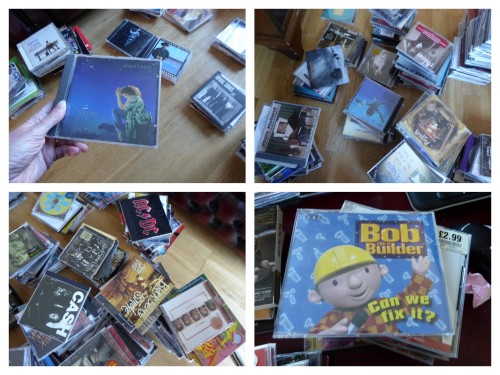 One response to “Re-learning the A-Z of Music”