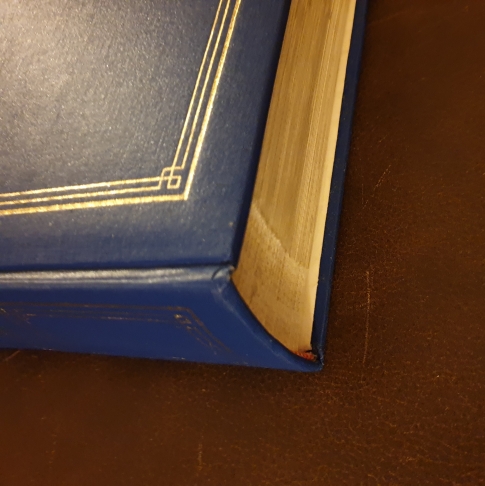 It might have been your grandmother or an elderly aunt who was the custodian of the big bound photo album. Or perhaps it was your own parents.

I’ll bet as you were growing up there was someone who had it.

I’ll also bet there was someone who had or still has countless old photos in envelopes in a drawer that they’ve inherited and haven’t a clue who the faces of the past in the images are.  We’ve a few of those somewhere.

Photos capture that one precious moment in time. That one memory then lives forever.

I’ll confess to having thousands upon thousands of photos.

When the kids were little, before digital cameras were affordable and before phones had decent cameras inbuilt, I shot at least one roll of film a month, maybe more. These photos were developed and lovingly added to my collection of photo albums. (Don’t panic, I’ll spare you the baby photos.)

Even after I bought my first digital camera, I still selected hundreds of images from our summer holidays to the USA and compiled photo albums of each trip. To these I’ve also added maps and tickets from the various excursions we enjoyed. More precious memories captured forever.

It’s been a few years since I last printed off images to add to an album but my phone and my laptop have become my substitute photo albums.

On my laptop everything is neatly catalogued in year and month order. The photos that I take at the rock shows I attend are duly added into the appropriate time slot and they too are catalogued by who, where and when. (OK, I’m a bit OCD about all of this.)

My phone’s photos are split into albums over and above the basic camera roll folder- some of the sub-folders contain book baby related images that can be used for social media promotion at the touch of the screen, others are quotes and memes that are humorous or motivational or just simply cute. There are old favourites, family photos, photos of my cats, photos from special rock shows and another large folder of stored images for updating the real-life rock star’s FB fan page that I admin daily. (Honest, I’m not a crazy stalker!)

Until recently there was also one folder that I turned to regularly for comfort. It contained a couple of hundred images – a mix of screenshots, photos from friends, photos from the kids, photos of daft moments that never failed to make me smile. There were two hundred and eighty precious memories in that folder and I made a huge error of judgement with it.

I never backed these pictures up. That one folder held the only copies.

To be honest, I don’t know exactly what happened but, about three weeks ago, I was transferring the photos I’d taken with my phone at the Slash show in Glasgow onto my laptop. I followed the same routine as usual. I never saw any error messages. When I disconnected my phone from the laptop, the precious “gallery” folder had vanished, along with another one of downloaded images. I’ve scoured the phone and the pc but those images are gone forever. I can only assume something became corrupt within the SD card. Who knows! One of life’s great mysteries that has swallowed these photos forever.

Upset doesn’t begin to cover it and I was so angry with myself for being so careless with these. It really isn’t like me.

All was not lost with the second folder that vanished. I found an old version of it on my laptop so could restore at least the majority of those.

The first thing I did was invest in a new SD card and the second thing was to back up the lot. It took hours but I wasn’t risking losing anything else!

With the new SD card securely added to my phone, I created a new sub-folder. I was able to retrieve a handful of the original memories from FB messenger, What’s App and FB itself. In the end, I  was able to recover less than a dozen of them but it was a start.

As the days have passed, I’ve come to realise something.

The photos from the original file of two hundred and eighty that were of the most importance to me aren’t totally lost. They are safely stored in the “original” photo album.

They’re in my own memories and safe in my heart forever.